Carl Fagarlund (1915-2011) graduated in his birth city of Kalmar.
Worked shortly as a drawing teacher at the Higher School of Art and Design in Stockholm in 1943 and
at Solbacka grammar school from 1943 to 1944.
He was then hired as a lighting architect at ASEA in Stockholm in 1944 and in 1946 he started working for Orrefors.
Besides designing home lights he has also designed lighting for public buildings: Prince Eugens Waldemarsudde , the Frederiksberg Town Hall , the Hotel D'Angleterre and the Hotel Mercur in Copenhagen, the Kiruna Town Hall ,
the Swedish Embassy in Tokyo, the Mollevangens church in Malmo, the Gavle crematorium and his most famous the General Motors headquarters in the US Became known internationally for large installations, including a bright era for General Motors headquarters in 1968 as well as an installation of eighteen chandeliers with 896 glass elements each for the Kennedy Center
in the US in 1971.
Fagerlund also had solo exhibitions in London, Paris, Berlin, Milan, Copenhagen, Stockholm, Lund, Gothenburg and Kalmar.
Carl Fagerlund was a member of the Swedish Order of Freemasons and received the silver medal at the 11th Triennale in Milan in 1957. 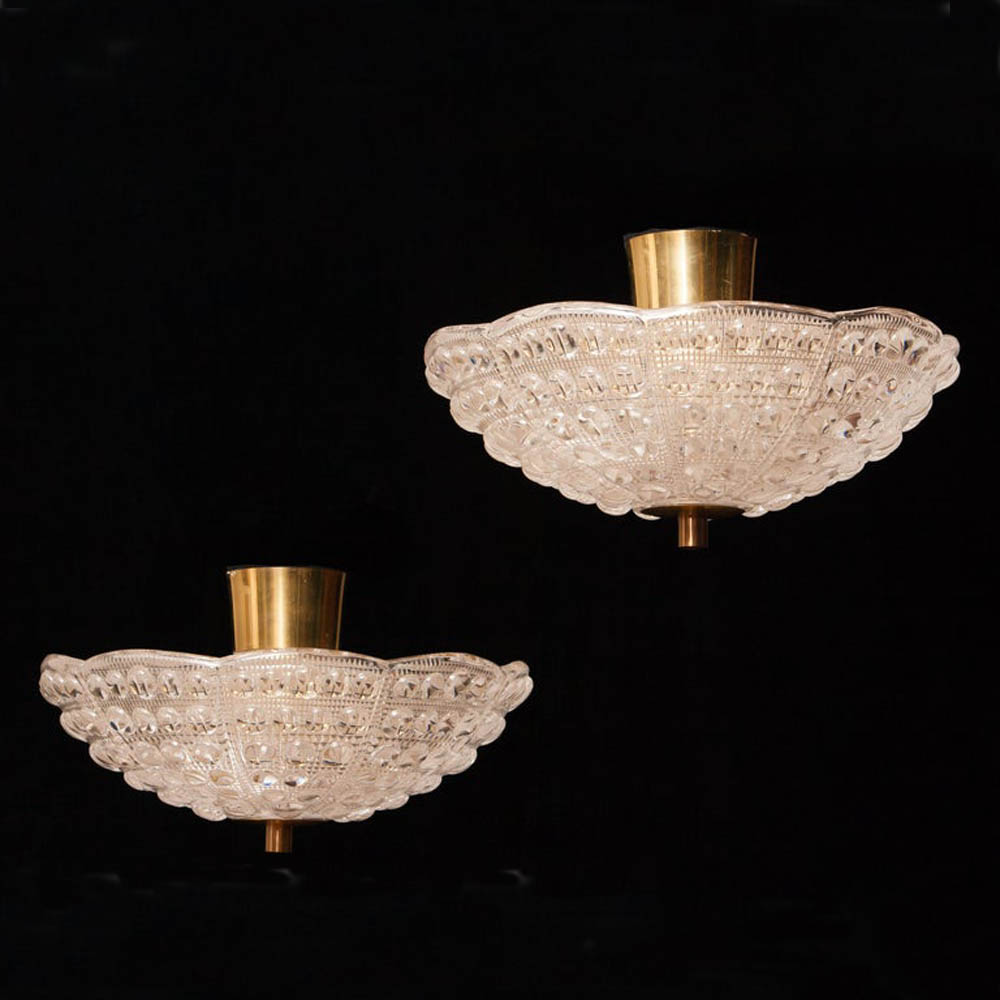 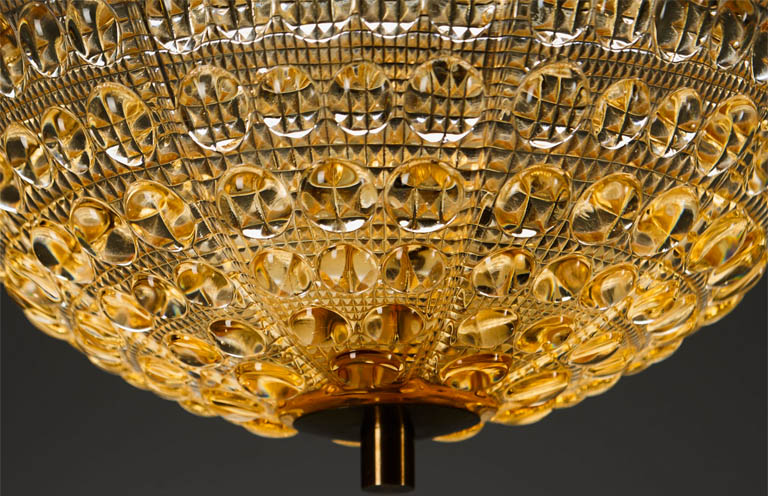